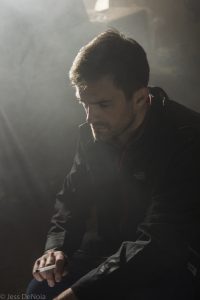 Justin is passionate about science fiction filmmaking. He believes that science fiction stories have the potential to move and change us in the most meaningful way because they encourage us not only to empathize but also to be curious and wonder. Justin started directing when was ten years old, borrowing his friend’s parent’s video camera and dressing up his basement to look like a mad scientist’s laboratory. His continued interest in film led him to The University of Wisconsin where he received a BA in Cinema Studies. In 2009, his short film THE SHADOW OF THE NIGHT was featured in film festivals nationwide and in 2011 his micro-budget feature FRANCESCA premiered at the Wisconsin Film Festival. In addition to directing his own films, Justin has worked as a director’s assistant on films including THE ACCOUNTANT and JANE GOT A GUN, and the television series THE AMERICANS. 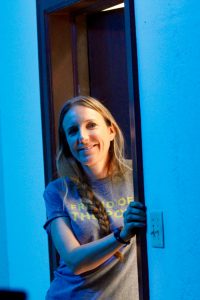 Kenda Greenwood is a Los Angeles-based writer and producer. Originally from the SF Bay Area, Kenda spent more than a decade in New York City producing unscripted television. She was a showrunner on multiple documentary series including MTV’s groundbreaking Teen Mom, which the New York Times credits with helping reduce the rate of teen pregnancy in America. Now a Screenwriting Fellow at the AFI Conservatory, Kenda is determined to create films and TV series that inspire, excite, and provoke. She is particularly interested in socially relevant Science Fiction, and exploring the role of ambitious and adventurous young women in the world. Kenda holds a BFA in Film & Television from NYU’s Tisch School of the Arts, and spends her free time backpacking and hiking with her boyfriend and her two dogs. 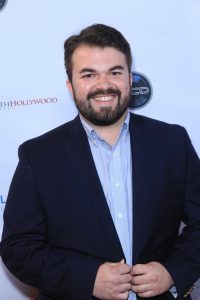 Gregory Schroeder is a graduate of Villanova University, with a BA in Communication and minors in Business and English. In summer 2014, he completed internships with Endgame Entertainment and Hyde Park Entertainment. During summer 2015, he moved to Los Angeles and began working in a freelance capacity on independent film productions. Since April 2016, he has also produced independent short films with his company, First Light Productions LLC. The first of these short films, titled A LITTLE BIT OF TIME, received Official Selection at North Hollywood Cinefest and won the Audience Award at Zero Film Festival – NY. His newest short film COMING TO TERMS will begin its festival run at Oceanside International Film Festival in August 2018. 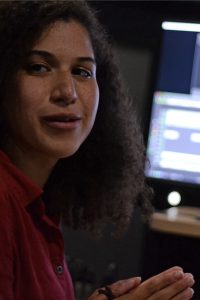 Growing up in a military family, Christine lived in six different states across the US, exposing her to different people, climates, and lifestyles. Obsessed with science and nature as a child, her interests did not shift to film until being exposed to a filmmaking group in undergrad, her love for editing in particular growing as she learned how to hand splice 16mm film in a year-long cinematography course. She also participated twice in the Virginia Film Festival’s Adrenaline Film Project on a three-person team required to write, shoot, and edit a short film in 72 hours. Christine went on to graduate with honors from the University of Virginia, earning a BA in Media Studies with a concentration in film, has worked on numerous student and independent short films, and is now pursuing her MFA in Film Editing at the American Film Institute. 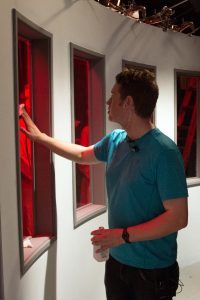 Evan is a graduate of Emory University with a BA in Film Studies. He has recently worked in scenic element production for independent modern dance productions. This all follows out of a rich background in historical site preservation and study in Massachusetts. He is currently studying at AFI in production design. 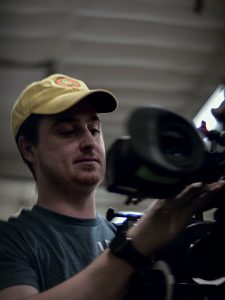 TJ Thickett received his B.A. in Cinema from San Francisco State University; worked for five years in the film industry in a wide variety of roles; and was the Cinematographer of award winning shorts The Proceedings, Tethered, This is War, and Now’s A Bad Time. He is excited to bring his experience and knowledge to the amazing team behind Progeny as well as the opportunity to play in a genre he has been passionate about since childhood.